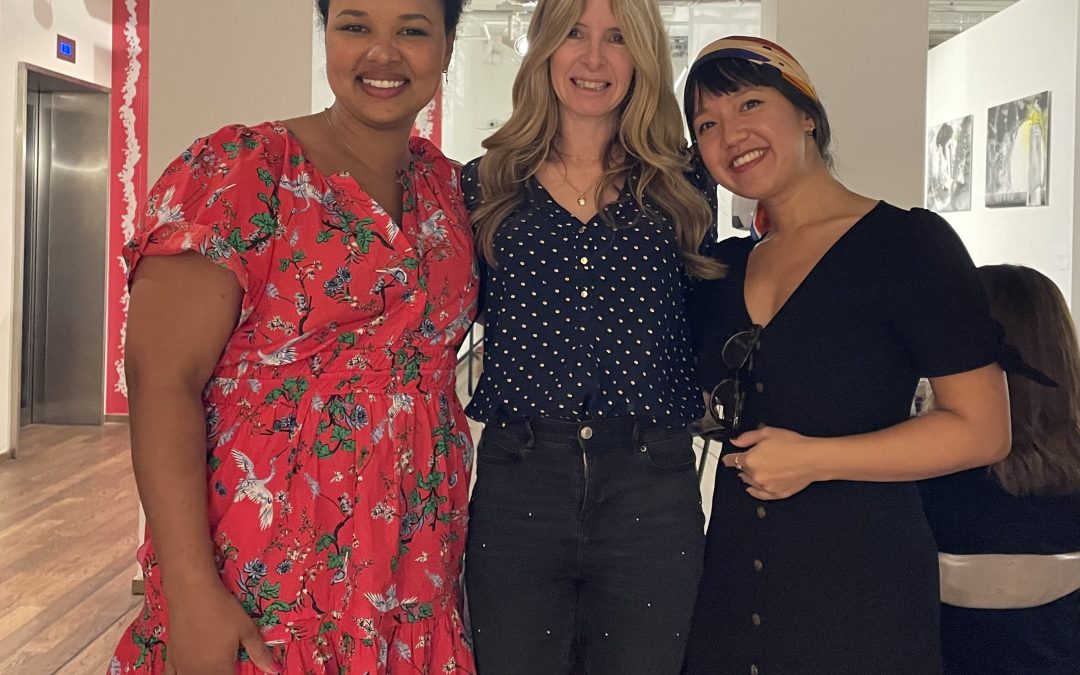 In this blog post I want to tell you a story about inspired action at it’s best!

Last Saturday I received an email from a lady called Michelle Rohr. Michelle has been a mentor of mine for a while, she runs a really successful business and lives in Miami. She creates online courses, planners and has a podcast that I love to listen to.

In her email she announced that she was coming to London and she wanted to meet with anyone who was able to come. I love opportunities like these! The chance to meet Michelle and it was in London, my favourite city! And……I am choosing to do what I love at the moment so taking the chance when it feels right for me.

I quickly looked at trains and it seemed like it was going to be possible. The timings were perfect, she was going to be sitting in the coffee shop in Foyle’s book store from 2pm until 7pm so plenty of flexibility.

Part of me wondered how it would go if there were lots of people there, all wanting to speak to Michelle. Would I get a chance? Would I know what to say if I did get to speak to her? However I put these thoughts aside as I really wanted to go and I knew I would handle these things if and when they happened.

I booked my tickets and my husband said he could work from home and drop me at the station.

Friday came and I arrived at the station in plenty of time so I grabbed a coffee from Starbucks and read my book. But 5 minutes before the train was due they announced that it was CANCELLED and I had to wait another hour for the next train that my ticket was valid for. At first I was upset but due to the flexible arrangement of the meet, I told myself it was ok and decided to go outside for a walk. I knew there was a really nice park just outside the station so I headed there. The sun came out just at the right moment and the park was beautiful. I did a few laps and then sat on a bench to take it all in. I was actually grateful for the chance to admire this gorgeous park that I had never had the chance to walk around before. 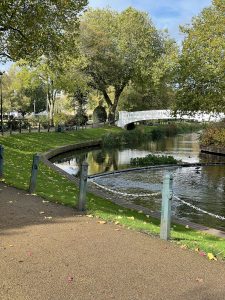 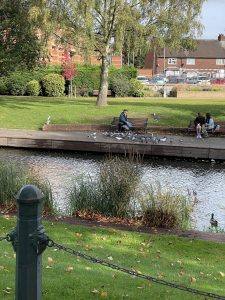 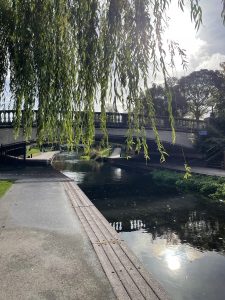 The next train arrived and everyone got on, it was heaving as it had its original passengers plus all the passengers from the cancelled train. 10 minutes later and we still hadn’t moved! Then came an announcement that they were having trouble with closing some of the doors! Eventually it pulled away and we were on the way!

I arrived in London, again the sun had come out so I walked to the book store. I got there an hour later than planned, I walked up the 5 floors to where the coffee shop was and my jaw dropped as I looked over and saw Michelle sitting at a table surrounded by lots of other ladies. They were all in conversation. How on earth was I going to do approach them?

I decided to get my coffee first, then once I had introduced myself I wouldn’t have to leave the table again. My adrenalin was really kicking in now and I didn’t have a clue how I was going to do this but I just went for it and walked up to the tables. As I hovered next to a corner of the group at one end of the two tables that had been pushed together, one of the ladies pleasantly asked me if I was looking for Michelle and I said yes. Then two of them separated their chairs to make room for me. I was so relieved!

They were so friendly and I felt at ease straight away.

Michelle also works with another lady called Aimee and I wasn’t sure she was going to be there, but she does live in London, so I hoped she would be. The next minute, Aimee was pulling up a chair next to me! I chatted to her for a while and then Michelle came round to say hello, I felt so comfortable in this group of people who I didn’t know. I was so happy.

I had taken an online course with Michelle & Aimee recently called Release and Reclaim. I feel like it prompted the biggest change in my mindset this year. (But more about that in another post) It was so good and I got so much value from it that I wrote a review. They published the review on their website and told me that they would be sending me a prize for writing it.

They had brought the prize with them to hand to me personally which was really nice. 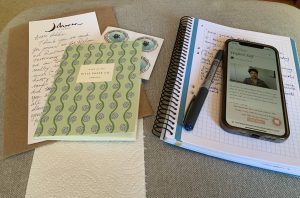 I had the best time chatting to Michelle, Aimee and all the other ladies, I made some new connections and gained some ideas for my business. 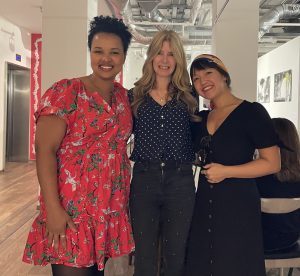 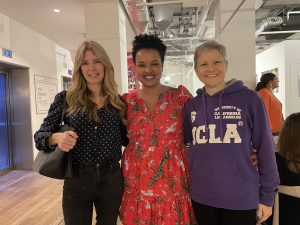 It went so quickly too, when I looked at the time it was nearly 7pm! I had to head back to the station. Talk about a whirlwind! But I had the best day.

The whole thing felt like totally inspired action to me. I was in the receiving mindset, I received the email, I acted on it and it turned out to be the best day ever.

Oh and on the way there and back I was reading from The Magic of Faith by Joseph Murphy and I felt like that was meant to be too as it really spoke to me.

If you ever have the chance to do something that feels right for you, do whatever it takes to make it happen. It will be worth it!

PS – I have a brand new guide which you can access absolutely free of charge. It’s called The Shy Entrepreneur’s Guide To Success and Happiness – how to enjoy being you 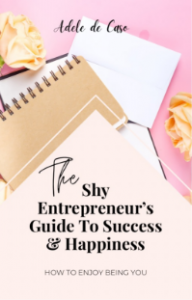 I hope you enjoy it!